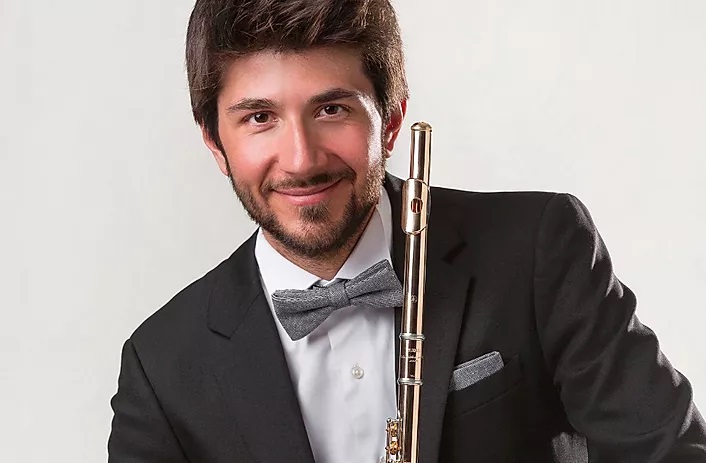 As a result of his recent achievement as the 2017 winner of the International Respighi Prize, Tommaso made his debut as a featured soloist with the Chamber Orchestra of New York on the prestigious world stage of Carnegie Hall in 2018.

​The main italian music magazine “Suonare News” dedicated Tommaso an article as member of the new generation of italian musicians, and his recordings for Velut Luna (chamber music for flute, cello and piano) and Concerto Classics (music for flute and piano by Alfredo Casella) were enthusiastically reviewed by main Italian radios such as Rai Radio 3 and Radio Classica and by specialized magazines.

​Born in Bologna (Italy) in 1991, began studing flute at twelve and graduated at eighteen at Conservatory “E. F. Dall’Abaco” in Verona achieveing the highest honors. After his diploma he won competition for the year’s best graduated music students in Italy. Winner of scholarship from french foundation “Zygmunt Zaleski” he later studied at Ecole Normale de Musique “Alfred Cortot” in Paris with Pierre-Yves Artaud and after that he grauated form the Lugano University of Music (Switzerland) and got the “Master in Advanced Studies” with the internationally renowned soloist Mario Caroli. Following his two masters, he perfected his skills under the guidance of Giampaolo Pretto and Nicola Campitelli.